A fantastic write up of their recent football tour to Portugal

"The Old Wykehamists returned from Lisbon with their unbeaten European record intact and relations with Portugal strengthened after two fine games of football and three days of merriment in the capital.

The Anglo-Portuguese Alliance is supposed to be the oldest in the world having been ratified by the Treaty of Windsor in 1386. Even so, it is still outdated - albeit by just four years - by Winchester College itself. 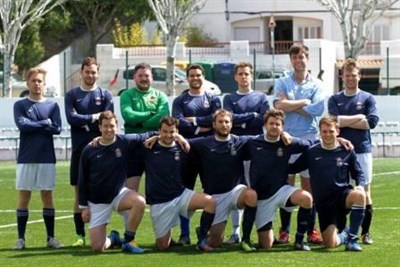 Both institutions have endured admirably and it was 13 brave men, led by club captain Peter Fuller and chef de mission Billy Fitton, who headed south from Luton resplendent in soccer and OW ties to safeguard their reputation for another 600 years.

The first fixture saw the OW Tour XI pitted against Lisbon Casuals after an evening in a number of local hostelries and a morning spent sampling the city’s coffee and brunch options.

The Casuals bore in their ranks a mix of British expats and local Portuguese talent. The sad absence of Will Wapshott, deprived of the trip by a late call-up to Italy, saw Fuller name a front-line led by Fitton with Taro Kiley, Alex Portz and Charlie Rowley providing plenty of creative spark.

The return of Charlie Court in midfield from a year in Hong Kong was welcome too and the OWs did not lack for half-chances in the first half but failed to capitalise and found themselves puffing hard in the heat at the break with the score still at 0-0.

A typical rousing and concise team-talk from Fuller had an immediate effect as the referee, who had up to that point made a set of decisions you might expect in Europe, awarded a penalty for handball which Portz slotted with the aplomb to which we have all become accustomed from the talented Trantite.

However, the lead was short-lived. With goalkeeper James Gray doing his best to add an extra man in the defensive line and play with his feet, Tom Bouch gave the ball away in a dangerous area and the Casuals took their only clear-cut chance of the game to equalise.

Rupert Mercer on a burst forward from centre-half twice might have won the game had a header not been cleared off the line and a cleanly struck flyer from 25 yards not been blocked with the corner beckoning.

But it was not to be and the Wyks were forced to settle for a draw in the baking afternoon sun and retire for beers with the exceptionally hospitable Casuals.

The side then made the trip to Estadio de Luz, something of morbid pilgrimage for those who remember England’s exit from Euro 2004, David Beckham’s penalty miss and Ricardo’s heroics.

There was none of the sobriety of that night though as the local fans put on a show with Benfica pushing for a top-flight title. In an electric atmosphere, they overcame a spirited Estoril Praia side 2-1 but the noise inside the stadium was something to behold and something few present will forget in a hurry - unlike some of the other activities later that night which some will struggle to remember. 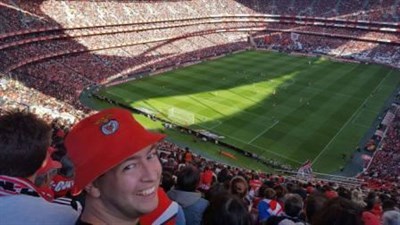 A free day on Sunday was spent detoxing from Saturday’s caprinhas, eating at the local market and exploring some of the lesser-known parts of the city, including a tour led by Portuguese speaker and expert Teddy Golding, whose navigation skills in particular were extremely useful in Lisbon’s mazy ‘docas’.

Billy Fitton had managed in the evening to book us a table at one of the better restaurants in the area - I’m told there is a waiting list - and it lived up to its fine reputation, filling is with fresh fish and local wine to prepare us for the Monday’s clash with Estoril Veteranos.

The game itself, played against a group of ex-professionals who now play regularly together in the over-35s league and whose current counterparts we had watched against Benfica two days previous, was a real clash of styles.

The Wyks, Arthurian League Division 1 champions, played with the defensive robustness and organisation and fast, direct passing game for which Fuller’s sides have become known. Estoril on the other hand preferred to slow the game down in possession and had far more of the ball in the early stages.

But it was to pay off when a touch of class saw them slip through the defensive combination of Mercer and Bouch in a fashion that very few have managed this year and take the lead.

Trailing at the break, the OWs resolved to exploit their advantage - youth and speed - to ensure that their unbeaten record was not lost and that they did not rack up a defeat they felt would have been undeserved.

With Portz struggling with a major blister and Sen Man Taro Kiley force to fly home a day early, it was Rowley who stepped up to the plate and worked desperately to level the game.

Eventually, the persistence paid off and it was Court who produced a smart finish off the post to make it 1-1 with less than 10 minutes remaining.

No winner could be found and despite our English record, penalties were agreed to decide the result.

Gray saved the very first Estoril spot kick to give the OWs an advantage, his fifth in a row for the club, but that was soon squandered as Fitton and Fuller saw their efforts saved.

Their blushes were spared though by Portuguese profligacy though as the Veterans crumbled under the pressure of sudden death to leave the OWs ready for a flight home with their heads held high.

There was plenty of pre-flight business to be done however as our opponents took us to a local restaurant, run by one of the players, for an enormous seafood paella accompanied by cold lagers and stories from the old days of Portuguese football. It was delightful.

Our final hours in Lisbon were spent perfecting our volleyball skills and getting sunburnt on the beach ahead of a late flight back, all of which was the perfect way to end a brilliant long weekend.

It was in fact only the club’s second ever tour - a 2016 trip to Prague being the inaugural one - but nevertheless the unbeaten record is important and it was a pleasure to maintain it."

If you are interested in a football tour to Portugal, or one like some more information then please don't hesitate to contact one of our friendly staff, or register an enquiry to receive a tailored tour itinerary.

Check out all of our football tour destinations

Spain is a vibrant footballing nation, with a proud history of success on the field, it is one of Europe's top footballing countries. Combined with it's beautiful sandy beaches, warm seas and a gorgeous Mediterranean climate it is the perfect destination for your next tour.