Read about this university hockey team's tour to Amsterdam

For their university hockey tour to Holland the lads and ladies from Strathclyde University Hockey Club were based in central Amsterdam within easy access of the varied culture and nightlife on offer.

The group travelled from their Student Union by coach to Newcastle to catch their overnight ferry crossing to Ijmuiden. The night was spent in the comfort of the on board cabins, well at least once the bar was closed! Upon arrival in Ijmuiden on early Friday morning the group were transferred to their accommodation in central Amsterdam from where they were free to explore their surroundings. 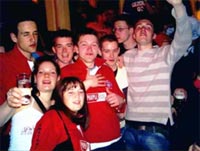 The following morning the group travelled to the first day of their two day tournament which was based around pools of games lasting 30 minutes each followed by the knockout stages. Lunch was provided in the middle of the day and as tradition dictates, the bar opened at 9am prompt!!

In the evening the group enjoyed a dinner provided courtesy of a local Italian restaurant before the partying began in earnest with bands and DJ’s entertaining the group in a 70’s and 80’s themed night. As can be seen from the photographs the group did not hold back with their costumes and fully entered into the party spirit! The tournament organisers had also asked that the group nominate a team song which was to be played during this evening; all of which added to the experience of the tournament.

The second day of the hockey festival with hangovers firmly set in, focusing on the hockey sometimes proved too much and the usual interludes of “Tom foolery” and “tour traditions” were common place! Once the playing formalities were complete, the men’s team finished 10th and the ladies finished in 8th position, everyone admitted that the tournament was a resounding success even though the sport did interrupt more important pastimes such as enjoying a few beers!

The group then enjoyed partying in the company of their fellow competitors before returning to Amsterdam to continue their celebrations well into the early hours.

The following morning allowed for some final sightseeing before the group made their journey home to complete the tour via the overnight ferry in to Newcastle arriving home with memories that will last a lifetime.

The hockey tour to Holland was thoroughly enjoyed by all who attended with the following moments being particularly enjoyed: 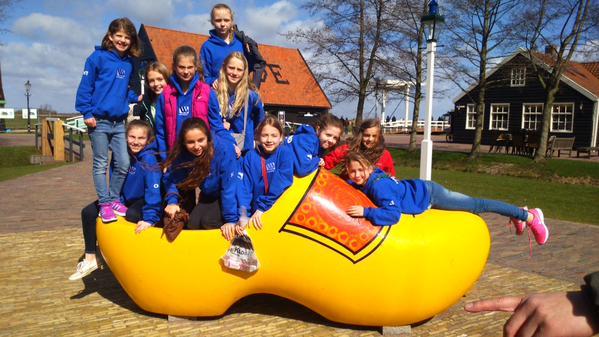