An unforgettable Rugby Tour to Canada!

Ysgol Greenhill School from Pembrokeshire in West Wales embarked on an unforgettable 12 night School Rugby Tour to Canada in July 2018. The Tour started in sunny Vancouver where they played the first rugby match of the tour against Yale Secondary School. The match was played in great spirt and with competitive rugby with Greenhill School coming out on top with a 22-8 win. 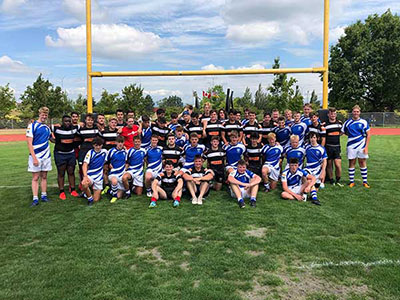 After the match the group headed to the Peace Arche Park, here the group were able to learn about the history between the USa and Canada and the long lasting peace represented by this beautiful Arch.

After a busy day the group had the morning free before they embarked on a once in a lifetime experience, a Whale Watching boat trip off the Western Canada coast. This was one of the highlights of the tour for Greenhill School and said “it is a must do” when in Vancouver! 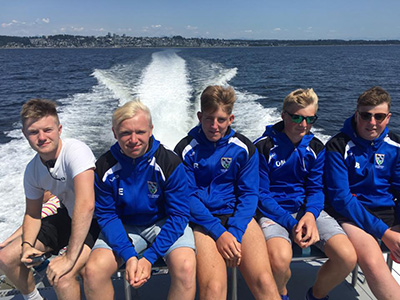 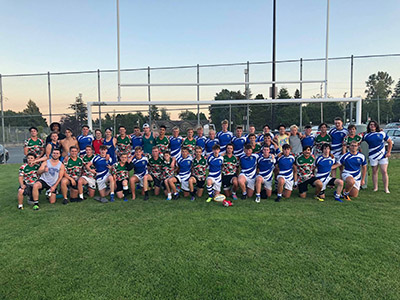 The last day in Vancouver before flying to Toronto, Greenhill School had a fun packed day of sightseeing ahead, first on the list was a trip to Grouse Mountain where they enjoyed the Lumberjack Entertainment show. Next the group headed back down the mountain to enjoy a stadium tour of the Vancouver Whitecaps FC who compete in the MLS.

Match Day, after the four hour flight to Toronto the team prepared for their third match of tour. They were playing against Brantford Collegiate Institute. Greenhill School put together their best performance of the tour and managed to get the win 43-0.

With yesterday’s brilliant performance the team headed to Niagara Fall to take in the phenomenal natural sights. After getting some brilliant photos from the Canadian boarder the team embarked onto the Hornblower Niagara Cruise, here they were able to get up close and personal with the waterfalls, so much so, ponchos are needed to stay dry!

They returned to Toronto after a full day at Niagara Falls. The team spent the next two days taking in Toronto’s famous sights and landmarks. First on the list was visiting the CN Tower, the group travelled up 346m in the glass fronted elevator allowing them to take in the breath-taking views as you go up to the “LookOut” level! After seeing these unchallenged views of the city of Toronto’s skyline, Greenhill headed back down from out of the clouds to experience the National Hockey Hall of Fame.

The last day of Greenhill School’s Rugby Tour to Canada, saw the tourists visit downtown Toronto for the last time. Here they went a visited the iconic Rogers Centre, home to the Toronto Blue Jays who play in the MLB. The impressive stadium has a retractable roof with the ability to become an indoors facility to protect it’s self from the unpredictable Canadian weather.

The rugby tour to Canada was thoroughly enjoyed by all who attended, with the following highlights being memorable for all:

Burleigh Travel are delighted to offer to you our brand-new rugby tour package to La Base in the South of France. This beautiful destination specialises in hosting touring sports teams...