On Saturday 3rd and Sunday 4th April over 250 teams from 15 countries competed in the Easter Open Junior Football Tournament in Holland. This is a well established and brilliantly organised junior football tournament and Burleigh Travel would like to congratulate the winners at every age group of this fantastic event. 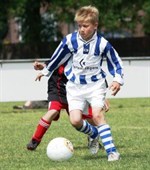 Arbroath Football Club U11 took two teams to the tournament with both particpating in the middle tier of competiton. On Saturday 3rd April the two teams were put in separate groups for qualification to the finals with both teams playing 3 matches. Arbroath 1 managed to win one of their matches while coming second best in their other two while Arbroath 2 managed to win, draw and lose one game. Both teams ended up 3rd in their respective groups which ensured they would face each other in the pool stage on Sunday 4th April. The tiered finals structure meant the two teams were in a group of 4 teams fighting it out for 13th place thus guaranteeing them 3 more games. As it was the two Dutch teams were slightly too strong on the day leaving the two Arbroath teams fighting it out for the honour of finishing 15th out of 24 with Arbroath 1 running out comfortable 3-0 winners. The football was competitive throughout and congratulations to Arbroath FC U11 on their achievements. 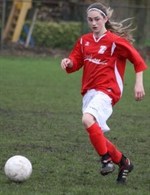 Euxton Girls Football Club U14 competed in the U15 7 a side section of the tournament against three Dutch teams on the Saturday and had great success in beating all three of them to make it through to the top group where the winners would be crowned champions! They then faced a German side which were by far the strongest footballing side in the finals leaving Euxton fighting it out for runners up which they narrowly missed on goal difference. Special congratulations go to the team on their fantastic achievements in finishing 3rd in this junior girls football tournament.

Both sides commented that they had a fantastic time at this wonderful football tournament and are already looking to reserve their places for 2011.

The Easter Open Junior Football Tournament is an extremely popular event so to register your interest please fill out an enquiry form and one of our team will be in touch with some further information.

We look at some of the best junior and youth football tournaments on offer in Europe.