The middle weekend of the Easter school holidays saw the 2014 renewal of our established Bognor Junior Rugby Festival. A big thanks to the team at the Holiday Park and all the willing volunteers at Bognor RFC for giving such a warm welcome to the young rugby players and their families from around the UK and for helping to make the tournament a huge success once again. We look forward to having the pleasure of doing it all again at the Bognor Junior Festival 2015!

The Story of a Rugby Weekend...

Rugby players, coaches, parents and supporters descend on the Sussex coast full of excitement and anticipation of the weekend ahead and clad in fancy dress of varied themes to prepare for the first night of their long waited 2014 rugby tour.

Tour organisers and age group coaches joined the Burleigh Travel team for a drink (or two!) and a sumptuous buffet with the sun setting over the Solent as a back drop.  This game our team the chance to put names to faces and pass on our thanks for their efforts in bringing their groups to this superb rugby event.

Friendly rugby matches or fun times at the holiday park or at local attractions was the order of the day for Saturday. Swimming at the onsite leisure pool, beach games as well as paint balling and outdoor activities at various Sussex locations entertained away from the rugby field. 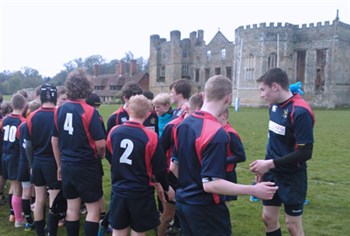 Local Rugby Clubs such as Midhurst RFC, Worthing RFC and Gossport & Fareham RFC played host to teams with squads large enough for a second day's rugby. In the evening the Embassy Club at the holiday Park provided the evening's entertainment.

The big day was upon us! The teams made the short journey to Bognor RFC for a fantastic day's rugby at the Bognor Junior Rugby Festival 2014.

A big thank you to all coaches and parents for 'encouraging' people out of their beds as your efforts ensured the tournament kicked off ON TIME with all teams present for their first matches at 10.00.

The Burleigh Travel team were on hand to welcome teams to the venue and organise what was a superb day's rugby with some fantastic team and individual performances across all 3 age categories.

The referees, first aiders and volunteers from Bognor RFC kept everyone safe, fed and watered under glorious sunshine making the tournament one to remember for some time.

Pack up, apply the aftersun and head for home and start thinking about returning to the Bognor Junior Rugby Festival 2015 whilst reflecting on the good times of a superb rugby weekend!

In rugby there have to be winners and on this occasion, the teams taking away the Burleigh Travel Trophies were as follows; each is pictured below: 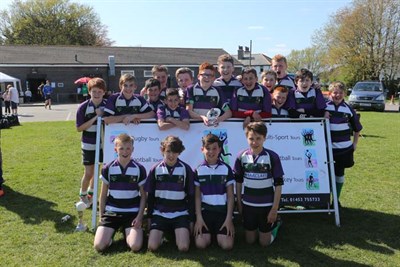 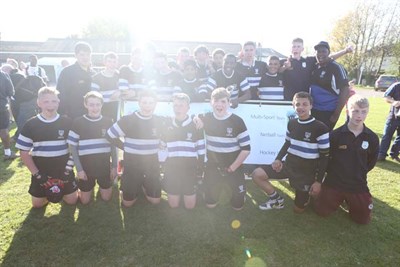 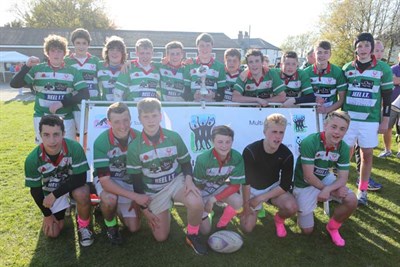 Based in a beautiful seaside town on the South coast during the Easter holidays the Bognor Mini and Junior Rugby Festival is in its 8th year. The festival caters for U7s to U14s in a social but competitive rugby weekend.