In this months newsletter we look at the Legends Charity Event that our staff attended at Lord's Cricket ground last month. Our tour feedback comes from the 3 rifles regiment who went on a football tour to Canada. Our tour spotlight is hockey tours to Holland, while we look at the Bournemouth mini and junior rugby festival in our festival spotlight section.

The Battle of the Commentators

The Burleigh Travel team were delighted to attend the Battle of the Commentators charity event at Lord's last week. The event, hosted by rugby legends Austin Healey and Will Greenwood, was attended by a number of sporting superstars such as World Cup winner Martin Johnson, Lawrence Dallaglio, Mike Tindall, football star Jamie Redknapp and tennis legend Tim Henman.

The event, which runs every year, raised thousands of pounds for a number of charities across the country. This year they raised nearly £100,000 for some fantastic charities such as Teenage Cancer and The British Heart Foundation Some of the biggest fund raises came from the charity auction which had some truly incredible prizes such as training sessions with Jonny Wilkinson for up to 20 children.

The 3 Rifles Football Tour to Canada

The 3 rifles regiment recently returned from a football tour to Canada. They spent three nights in Niagara before moving on to Toronto where they spent their remaining week. During their tour they had two competitive fixtures; first off they faced the Toronto Police Force and then Club Aurora Soccer. The team also had the chance to do some sightseeing, most notably the Niagara Falls!

"The lads had the time of their life’s and the tour will live long in the memory!

Our matches were set at the right level and both clubs, Toronto Police Force and Club Aurora Soccer, hosted us fantastically. They were definite highlights of the tour. The social side of the tour was great too! We thought the nightlife in downtown Toronto was outstanding! Our accommodation was excellent and the transfers were all perfect. Thank you!"

Holland continues to be one of the most popular European sports tour destinations. It is a stunning country, with a world famous capital city and beautiful countryside’s and towns, a joy to explore and very convenient destination to travel to. Our host teams are also renowned for their hospitality and are often remarked as some of the best and most welcoming tour hosts, placing a great emphasis on the 'third half'. 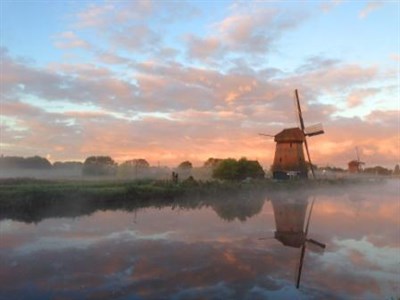 Hockey is one of the major sports in Holland. The national women's field hockey team is currently number one on the FIH world rankings. They are the reigning world champions and the most successful team in World Cup history. The men's team have also had great success having won the Hockey World Cup three times. They are currently 2nd in the world.

This ability has filtered down into the junior and clubs teams resulting in some fantastically hard fought fixtures, followed by some of the best hospitality you will expereince on a sports tour.

You can find out more about hockey tours to Holland in our blog post, or register an enquiry for you team.

Bournemouth, our most popular mini and junior rugby event, returns for 2017. It is one of the largest and most established events of its kind in the UK and attracted well over a hundred teams last year.

It is set to take place on 1st & 2nd April 2017 which falls in the Easter break to ensure the maximum number of players are available to take part. The event caters for U7s all the way up to U16 teams and takes place in the stunning grounds of Bournemouth rugby club.

We hire out the entirety of Sandford Holiday Park to ensure a fantastic atmosphere throughout the weekend. The park has plenty of amenities to keep your players thoroughly entertained such as a heated pool, climbing wall, arcade and crazy golf.

The weekend begins with the legendary Burleigh Travel welcome party where tour organisers and coaches can meet and greet each other and our staff with complimentary food and drink. The rest of the weekend is taken up with rugby, one day dedicated to the junior sides and the other for the minis. Both days are run to ensure your team plays the most amount of rugby allowed within the RFU guidelines.

This event is nearly fully booked so if you are interested in taking part please don't hesitate to contact us!

The Bournemouth Mini and Junior Rugby Festival returns in 2017 to the beautiful seaside resort on the southern coast. It is one of the largest and most established of its kind in the UK and last year had nearly 120 Mini and approximately 40 Junior teams competing.