Spain - One of the top destinations for European Rugby Tours

There is a reason that Spain continues to be one of the most popular holiday destinations in Europe. It is renowned for it white sandy beaches which are spread along its five thousand miles of coastline. Bask in the gorgeous Mediterranean sun on these beaches, or explore the wonderful variety offered by each region.

Due to Spain’s political and cultural isolation from Europe it is a country that feels unique to even the most experienced traveller. Its variety is seen in each region which has its own cultural identify and geographical terrain. Each regions architecture, food, music and festivals demonstrate its many historical influences which have seen it as part of the Roman, Greek and Muslim empires. We have a range of cities to base your rugby tour in, such as Lloret de Mar, Benidorm, Salou and Barcelona.

Rugby is quickly growing into one of the major sports in Spain. In 2014 there were nearly 52,000 registered players at over 220 clubs. The national team are currently ranked 23rd in the World and compete in the European Nations Cup, a competition for second tier European rugby nations, which includes teams such as Portugal and Georgia. The team’s highlight came in 1999 when they qualified for the Rugby World Cup!

This huge growth in rugby means that no matter your playing standard we are sure to find the perfect fixtures for your team. Whether it is a social match following a night out or a competitive test of your team in a new environment.

Lloret de Mar is the most popular destinations for junior and school sports tours to Spain. It has some of the best beaches in north-east Spain, and is only an hour from Barcelona. Previously a bustling port the town is now a very popular holiday destination. Its modern bars and restaurants are infused into the Old Town’s narrow streets and Catalan style buildings. It's beaches have clear blue seas and are very popular for snorkelling and water sports. 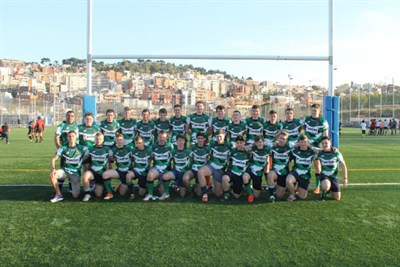 A popular day trip is an excursion to Port Aventura, a fun packed theme park situated just south of Barcelona. Thrill seekers can brave the Dragon Khan, with 8 loops and a 70 mph plunge or get soaked on the Tutuki Splash.  Adjoining Port Aventura is a water park, Costa Caribe. Or take a day to explore the wonders of Barcelona; take a tour of Camp Nou or explore the amazing architecture and museums. 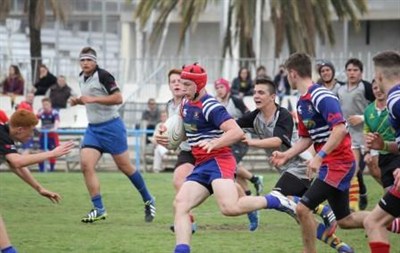 You are spoilt for choice with destinations for your tour! Lloret de Mar has developed a buzzing nightlife scene which attracts a large number of senior groups to the area! Barcelona is another popular option with clubs here often open until 6am. Explore the winding streets, enjoy amazing food and discover brilliant bars and Irish pubs.

There are plenty of trips to keep you bus during your time in Spain. A tour of the Camp Nou or the Circuit de Barcelona-Catalunya race track.

To find out more about organising a rugby tour to Spain you can contact us and speak to one of our sports tour coordinators, or enquire now.