Read about this school rugby team's tour to Australia

During their School Rugby tour to Australia, which was combined with their hockey team, the players from Chew Valley School enjoyed a three-centre tour visiting Sydney, Melbourne and Cairns. They also had the unique opportunity to visit Singapore during their return journey to experience a hugely different culture to that experienced in Australia.

Vibrant and cosmopolitan, Sydney combines glamorous shopping and alfresco dining with historic sights and golden beaches. The relaxed, outdoor lifestyle centres around one of the most stunning natural harbours in the world. Melbourne is known as Australia’s Cultural Capital, and hosts a variety of events and finals, as well as a host of wining, dining and shopping possibilities. It is also well known for its sport, from the Australian Open Tennis, to the Boxing Day Test Match. Cairns is intimate, yet sophisticated with designer shops and gourmet restaurants; a perfect contrast to the natural paradise of the Great Barrier Reef.

Upon arrival in Sydney, the group enjoyed breakfast along with an opportunity to stretch their legs after their flight in the spectacular Darling Harbour before embarking on a City orientation tour. Their tour also took in Sydney’s major attractions such as The Gap, from where you can see the entrance to Sydney Harbour and spectacular views of the Pacific coastline, the famous Bondi Beach, Rushcutters Bay Boating Marina, Double Bay and the stately Vaucluse House. The group also visited the Rocks – Sydney’s birthplace, and also had a photo stop of the Opera House and Harbour Bridge.

The group were also hosted for three nights at Moriah College, Bondi Junction whom they narrowly beat in their opening rugby match by 24 points to 14 in a keenly fought contest. They quickly followed this with a 10-0 win over St Joseph’s College as they grabbed their second win on Australian soil during their remaining Sydney fixture. 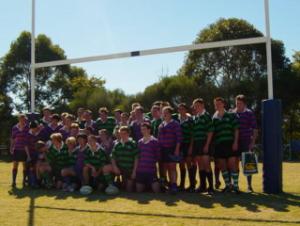 The group then departed Sydney for Melbourne where once the group had settled in, they were collected by coach and transferred to the Melbourne observation deck and Rialto Vision. Here the group enjoyed a 20-minute video on Melbourne & Victoria before ascending in the elevator to experience spectacular 360 degree panoramic view of Melbourne and surrounds.

The group also had the opportunity to see the city from the Yarra River enjoying a morning cruise, which is an ideal way to see the city. The group also found time to visit Melbourne’s shopping district whilst other trips included a visit to the Melbourne Aquatic Centre to make use of the leisure pool, a guided tour of the MCG, Australian Gallery of Sport & Olympic Museum and the Australian Cricket Hall of Fame. However without doubt the highlight of the group’s stay in Melbourne was a visit to the Barrier Reef where the students were able to enjoy a trip on a semi-submersible vessel where the reef could be enjoyed in the dry, as it could from the viewing platform on the pontoon. The group however understandably wanted to get closer to the action and spent the majority of the day snorkelling around the reef at what is an excellent viewing area. They also enjoyed a fantastic buffet BBQ lunch with excellent sea food which combined with excellent weather made for a brilliant day. 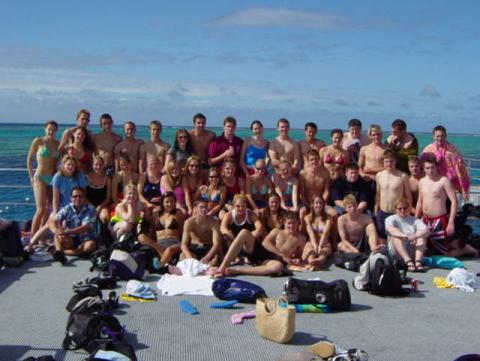 Whilst in Melbourne the School played two further rugby matches, winning both matches convincingly whilst both hosts provided excellent hospitality and were very welcoming.

The final leg of their Australian adventure involved time in Cairns where the group travelled to Caravonica from where they caught the Skyrail Rainforest Cableway that takes its passengers on an amazing experience over the rainforest canopy enjoying panoramic views of the rainforest and the Cairns tropical region. Situated 15 minutes North of Cairns this unique rainforest cableway experience spans 7.5km (currently the world’s longest gondola cableway) over a World Heritage listed rainforest. The cable car journey is split into three sections by two boardwalks that allow you to listen to educational talks about the rainforest by local experienced rangers, enjoy spectacular views of Barron Falls and learn more about the rainforest in the Interpretation Centre. 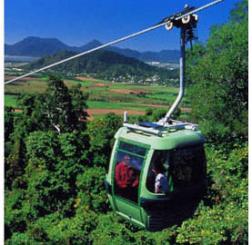 The group also enjoyed a pre-arranged activity to Fitzroy Island, which was a short boat trip from Cairns Harbour. Upon Arrival in Fitzroy, the group enjoyed sea kayaking along the island’s coastline and climbed to the Island’s summit. The group’s time in Cairns was rounded off with their final rugby fixture and after a hard fought match, the teaching staff reflected that it was the best performance by a Chew valley School rugby team they had witnessed. Overall the School played a total of 10 fixtures across both sports during their time in Australia and returned home victorious in 7 matches with the rugby team unbeaten!

Having departed Australia the group had time for a stopover in Singapore and as the group did not have an abundance of time in Singapore, it was decided to pre-book a City tour, which took in the city sights such as the Indian and Malay quarters, the world famous Raffles Hotel the National Botanical Gardens and the statue of the ‘Merlion’, which is said to be Singapore’s guardian. After a day’s sightseeing, the group enjoyed a traditional evening meal at their hotel before transferring to the airport for their return flight to London to end a fascinating enjoyable tour and a once in a lifetime experience.

With its culture, scenery and tradition, a rugby tour to Australia is a wonderful experience for any touring team with some of the highlights enjoyed by Chew Valley School being:

If this is a tour that appeals to you and your School Rugby team please contact us through our online enquiry form and we will happily provide you with the information you need. 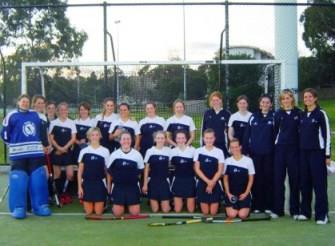