Upminster Rugby Club took their U17 squad on a ten day rugby tour to Cape Town to experience not only the different living culture but also the different playing culture that is instilled in South African rugby players!

The tour started off with the Managers and Captains from Upminster Rugby Club meeting with the Headmaster, Captain and Coach of Siphamandia Secondary School and donating playing kit, balls and contact pads to them, kindly donated by the Upminster club. This was very well received and the Western Province RFU had arranged for the donation to take place on the pitch at Newlands Rugby Stadium. The WPRFU then also arranged for the touring rugby team to have VIP seats to watch a Currie Cup game early in the tour; a great way to start their South African rugby tour.

The following day Upmister RFC travelled to their first rugby fixture against Hamilton RFC; a local Cape Town side. This was a morning fixture that saw the tourists come away with a hard fought 17 – 22 victory, after which the host team provided a full barbeque for all the tourists, which was thoroughly enjoyed by all. 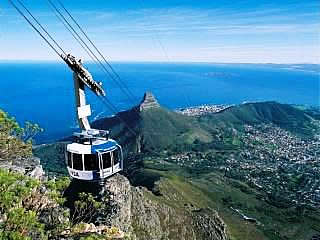 After the game, the junior rugby team travelled to the Newlands Rugby Stadium to watch a Currie Cup match: Vodacom Western Province v Lions and were then taken back to their accommodation for a relaxing evening to recuperate from the day’s rugby and travel.

The group had two further fixtures in Cape Town against Stellenberg High School and Excelsior High School – the latter being a development fixture as part of the SARFU programme to take rugby to lesser privileged areas. Upminster Rugby Club competed valiantly at both fixtures and the travelling players commented on how much they enjoyed them both, which is testament to the hard but fair way that rugby is coached and played in South Africa.

The time away from the rugby field forms an important part of any rugby tour and Cape Town offered a wide range of choices for the tourists including visits to the infamous Robben Island, Table Mountain Cableway, the breathtaking scenery of the Cape Peninsular and Cape Point, the world renowned Winelands of Stellenbosch and the highlight for the players being cage diving with white sharks – an excursion not for the faint hearted!!

The rugby tour to South Africa is an experience that none of the players or coaches will ever forget. Particular highlights include: